20 weeks.  Let me say that again, 20 weeks.  That seems like so much longer than 19 weeks and it’s all gone really fast!  We’ve made a what seems like a reasonable goal to be milking in the new barn by December 1st (and hopefully moving into the apartment before that!).  Turns out that’s the date I was praying we’d be milking by LAST YEAR… apparently I forgot to add in which year we wanted it to happen to my prayers!  But we’ve learned a lot (like patience!) and in the end will have a better barn and be more prepared.

The progress wasn’t as dramatic this week but I’m sure just as important.  Plus realistically it’s going to be pretty hard to beat last week’s dramatic change!  Dan got to the site a few times to see the progress and have a meeting.  He’s doing a great job hanging out with the kids while I do calf chores each morning and night although he is getting a little antsy being around home all the time.  We go back on Tuesday to find out what’s next in his recovery.

The steel roof went on the south side on Friday which is good since there’s rain in the forecast for this week.  That way they can work under cover if it’s too rainy to be outside.  Here’s the pictures… remember you can click them to make them bigger and hover to get captions! 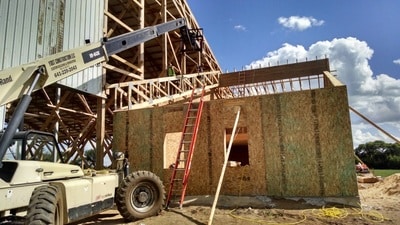 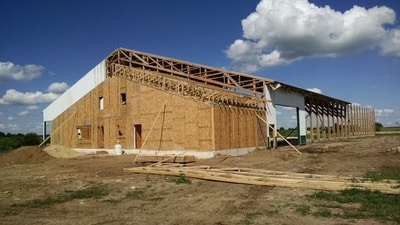 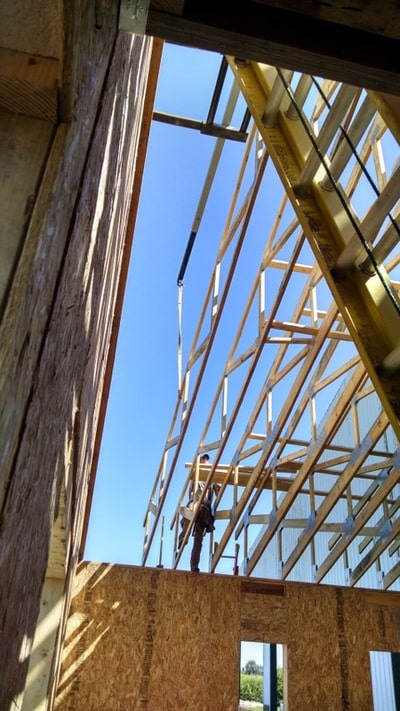 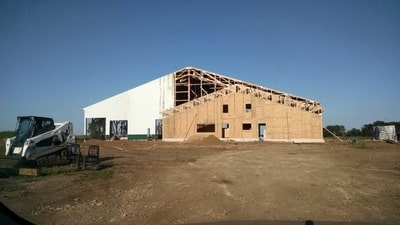 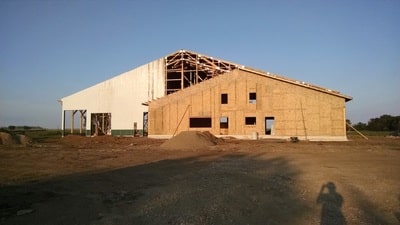 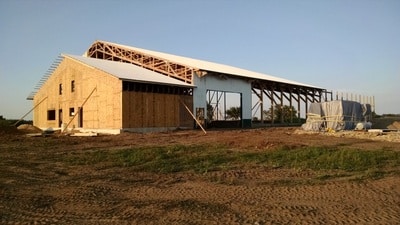 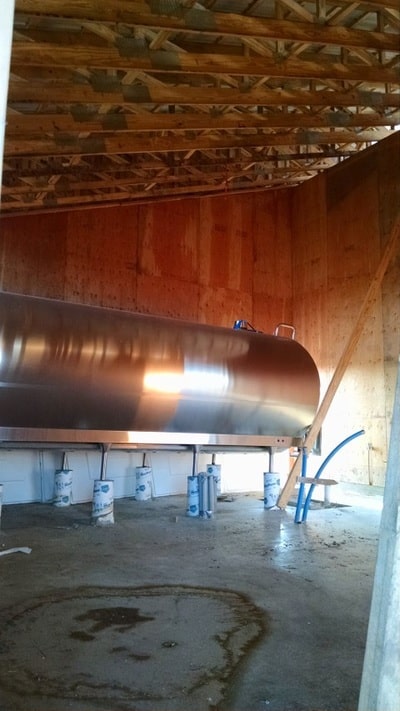 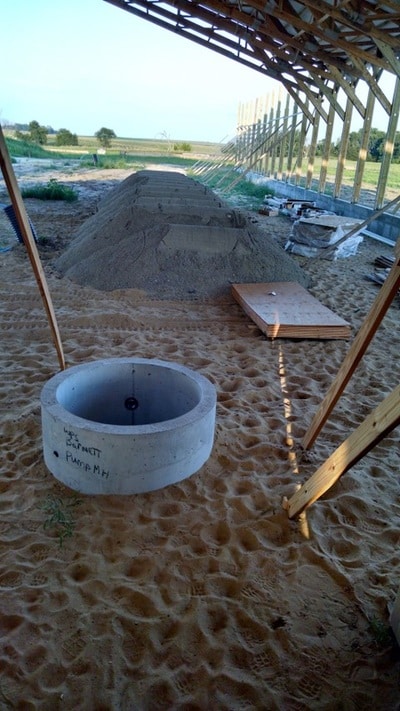 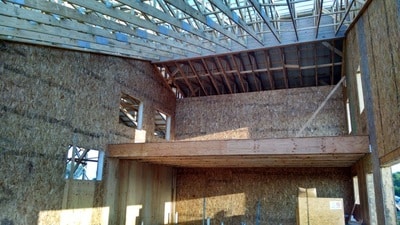 A better idea of the feel inside.
We had some four-legged visitors this week who were anxious to see their new diggs!  That’s right, Tuesday night the “low” cows  decided they just couldn’t wait to check out their new barn and spent the night camping out in front of the barn on the sand piles.  It could be that the alfalfa we made into hay this week  was tempting too, since Dan’s dad, Dave, said they tromped around all over in that field too!

When Wednesday morning arrived there were only 2 cows still out that Dave had to help get back to their group, the rest had already made their way back into their pasture.  Who knows how long they’d been sneaking out at night only to come back just before needing to get milked in the morning!  Now their fence is fixed so they can’t make late night excursions.

It so happened that our building crew wasn’t able to come on Wednesday so no one really noticed that we’d had visitors the night before.  When I stopped by for a quick picture on Wednesday late afternoon I didn’t even notice all the cow pies strewn about since I just stepped out of the car for a quick picture.  It wasn’t until Thursday that we all realized how many had visited based on the number of cow pies!  But if you look closely at the picture I took on Wednesday you can see all the pies!  Soon cows, soon… we’re working hard to get it done! 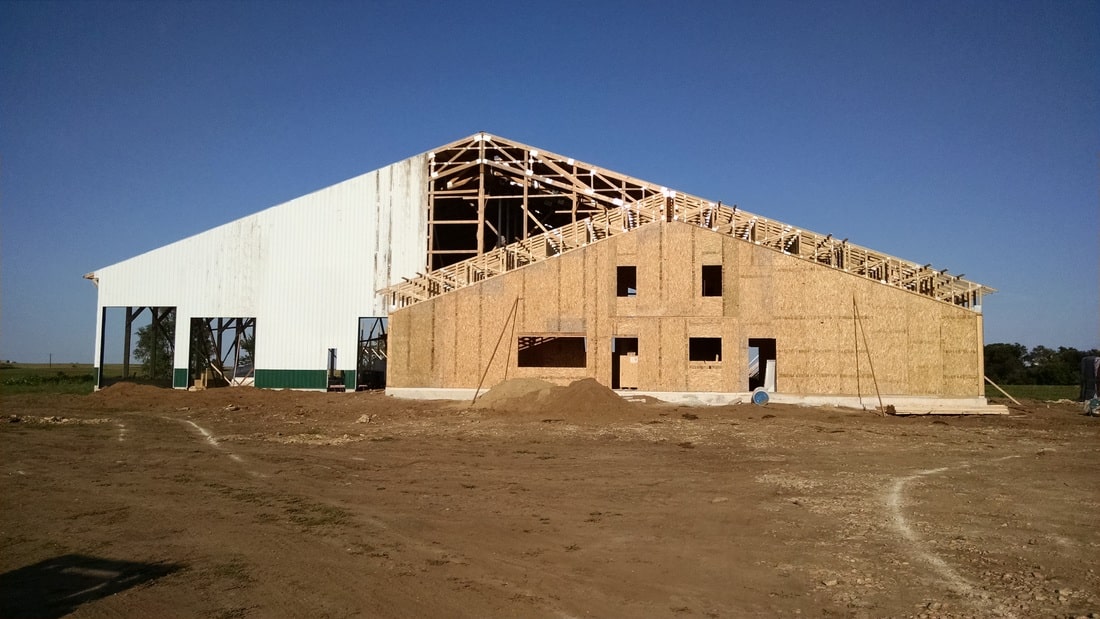 Thanks for joining us on this journey… until next week!