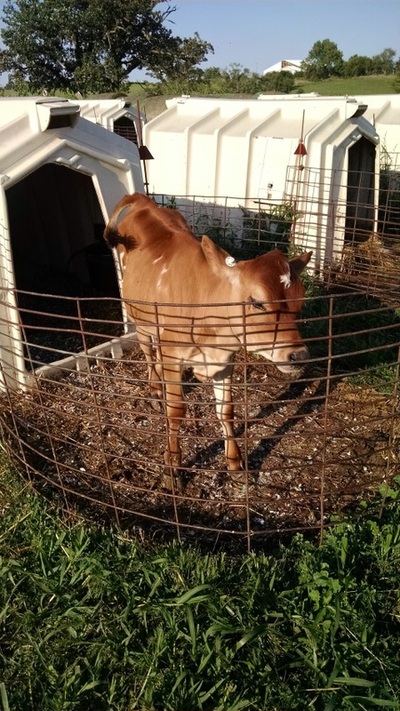 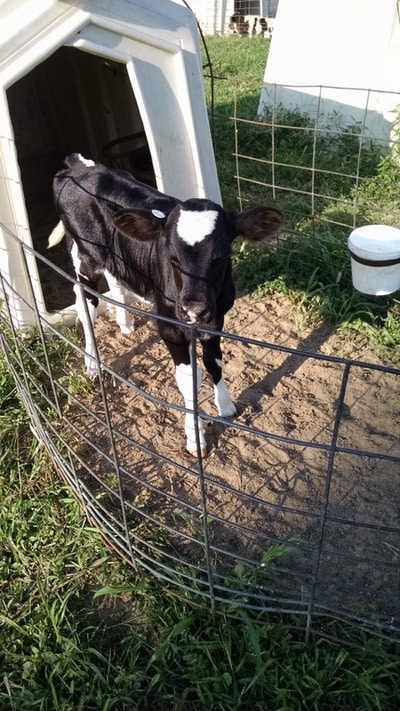 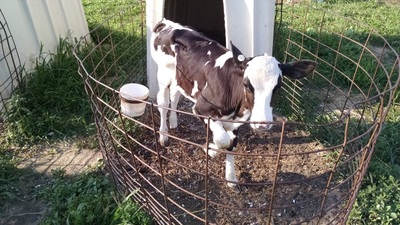 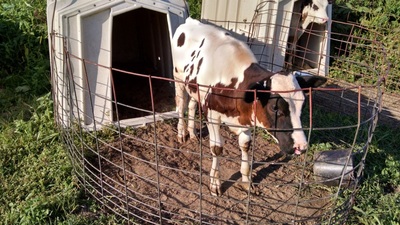 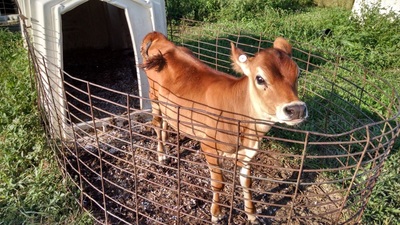 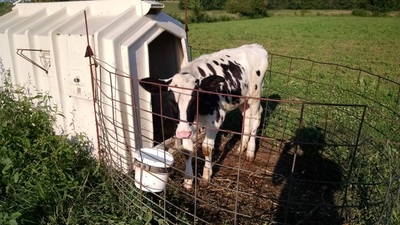 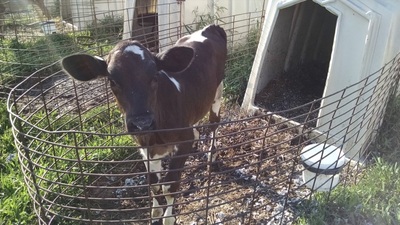 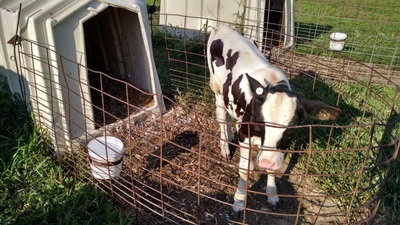 Maybe you’ve been wondering as I’ve talked about “doing calf chores”, what in the world does that mean?  After doing calf chores for 2 months I think I’m qualified to let you know all about it.

Now I thought about calling it calf care, because really that’s what it is but then I thought more about it and decided at least for me they really are calf chores.  Not that I’m not caring for the calves because as you find out that’s all calf chores are about but let’s be honest when you do your dishes, mow your lawn, dust, clean your toilet, shovel snow, or any other variety of jobs around your house to CARE for it, do you call it “household care” or “chores”?  I think most people call them chores.  You might even like doing some of those things but it’s still a chore, at least some of the time – something that has to be done to properly care for your house and family.

So here’s a typical morning or evening of calf chores on our current farm.

Water.  Lots and lots of water.  Lots and lots of water that must be carried to calves in 5 gallon buckets.  Calf chores start and end with water.  We try and give our calves the water that’s already been used once to cool our milk down (a more complicated mechanical process than I can tell you about!) which means we have a little hose that water runs out of into 5 gallon buckets that we carry out to the calves and then take back for refill after refill.  This also means the little calves don’t have to drink the cold water straight from the well.

AND, we give them water in the middle of the day as well.  For the most part Dan’s mom did this while Dan was recovering but if she had meetings and had be be gone I’d run down and fill up those buckets!  Calves are thirsty creatures, especially in the summer!

Next is grain, which varies depending on how old the calf is – we have 3 different kinds of grain and grain mixes that we’ll even mix together more as they transition between the grain types.  For both carrying water and grain buckets I borrowed the kid’s little red wagon to haul the buckets back and forth, making less trips to and from our “hut city”. 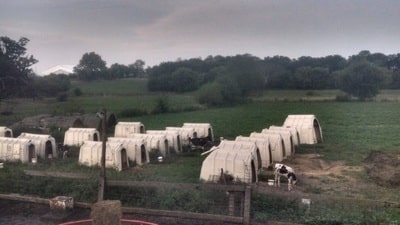 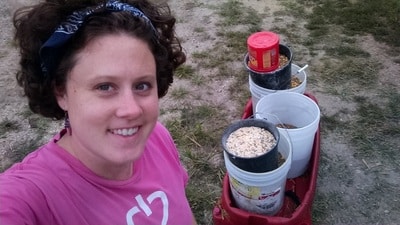 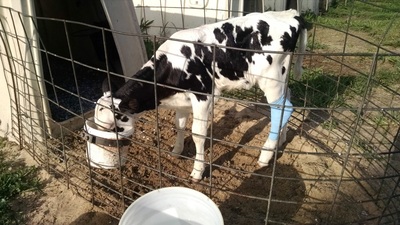 Taking a Drink Together
As they get bigger and after they’ve eaten their grain they get some hay to munch on.  The grain contains most of their carbs and some additional vitamins & minerals while the hay contains more of their protein and fiber, giving them a  customized balanced diet.

After they’re all fed we make sure their living quarters are clean and comfortable.   From birth to around 2 months each calf gets their own little hut to live in, helping keep any colds from passing too quickly while they’re especially young and susceptible.  We can also keep a closer eye on them individually to see how much they’re eating or drinking or what their poop or pee looks like, so we can hopefully catch anything that’s off of normal as quickly as possible.

Next they head into big huts that can hold a small group of 4 calves, which helps them begin to socialize with other calves and we’re still able to keep a close eye on them.  Eventually those groups are combined into even bigger and bigger groups until they have a baby and join the milking cows.

To keep the little calves’ individual huts clean and dry we use recycled newspapers and papers that we grind or shred up into fluffy little pieces that we toss into their huts.  I got to help bag up the ground up papers twice while doing calf chores – a rather messy dirty job!  We get old newspapers from area newspapers and businesses as well as friends and family who save theirs for us… want your old papers to get a new life on our farm?  Let us know! 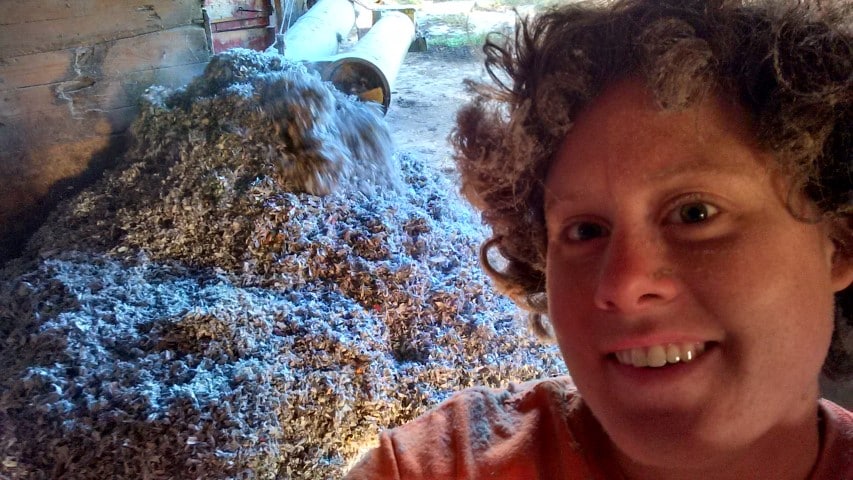 Bagging the groud papers is a messy job!
The older calves get straw to sleep on – which by the way is different than hay.  Hay is made from alfalfa and is what cows or horses or other animals eat while straw is the leftover grassy part after small grains like oats or wheat are harvested and cows sleep on it.  Since I didn’t grow up on a farm I still have trouble remembering and saying the right thing – which is important when telling someone else which calf chores you have or haven’t done.

Finally, the little calves need to be fed milk.  For the first few days we feed them their milk with a bottle and then transition them to drinking from a bucket.  Calves get milk for 6-8 weeks before transitioning into drinking just water.

And that’s how we care for our calves, our calf chores.  Really it’s much more in-depth than that… what questions do you have?  Wanna help sometime?