Things really got going this week as you’ll see below.  It’s amazing how fast things can happen!

Excavation on the barn’s foundation walls started early in the week.  Now that Dan has a smartphone he’s able to take pictures to show you all!  And if you’re on twitter, now he (and New Day Dairy) is too!   Follow him!

The culverts were set into place and began to get buried and built up over!  Soon our main entrance will be open!
By Thursday the concrete crew arrived and to our surprise (although not to the concrete guys) we even had one cement truck show up to pour the first foundation walls!  It’s only the south-west corner and there’s a lot more to go but even though Friday ended up being a rain day, this week looks like perfect weather!  That means there should be a lot of exciting pictures this week, keep your eye out on Twitter or Facebook!
Dan’s still working hard to get all the details worked out and is trying to make sure he’s communicating to everyone how he wants things done, which means late nights, often at the computer!  I don’t think he ever stayed up late studying in college but it’s a reality now to keep things moving along!

We also enjoy getting to visit him at the farm in the afternoon and evenings to help with chores and spend time with him.  Yeah for spring weather! This past week we rode along to unload the manure, or “pies” as Miss Muffet calls them, on our fields.  So glad we can spend some time with him this way!

And last, but certainly not least as it will get it’s own post later this week, we held our official groundbreaking ceremony while family was in town for Dan’s grandpa’s 80th birthday!  So thankful so many could be there to celebrate with us! 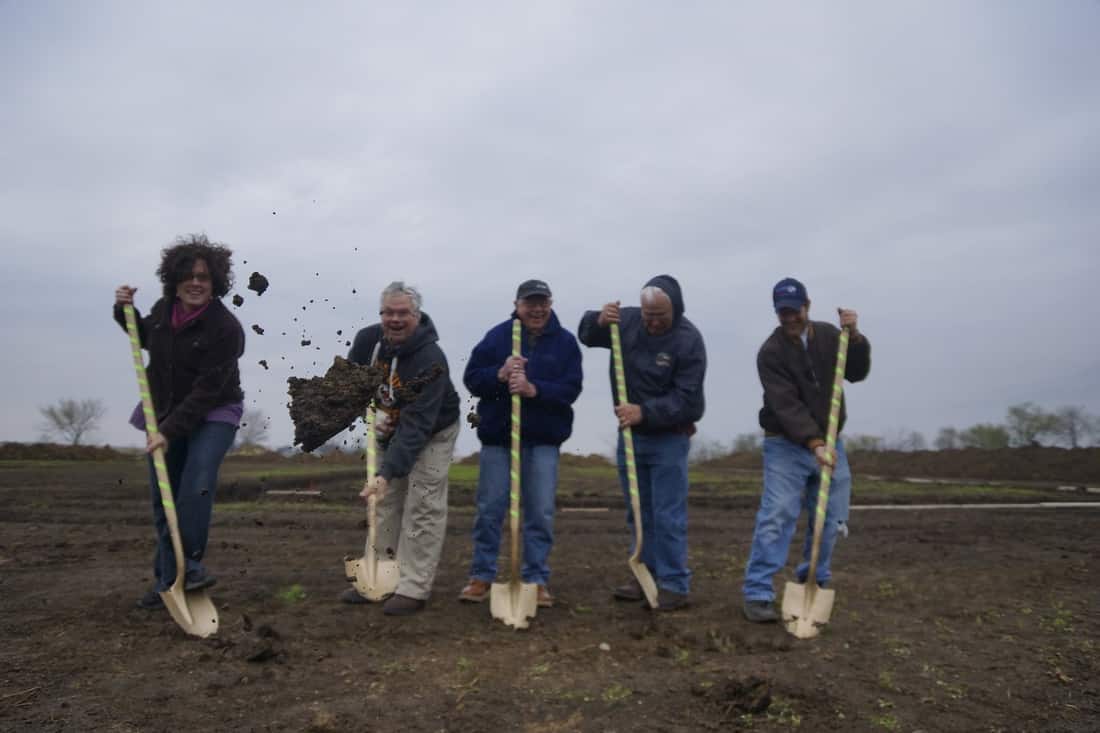