Considering that it was a short work week we made progress this week, although it doesn’t seem quite as dramatic as some weeks, but still a lot of important things were done and most importantly things kept moving forward, even if not always as fast as we want them too – typical in building!

The barn builders got all but the last end truss set, even working Saturday morning to finish things off – hats off to them!  That means even more dramatic changes will soon start occurring in the barn. 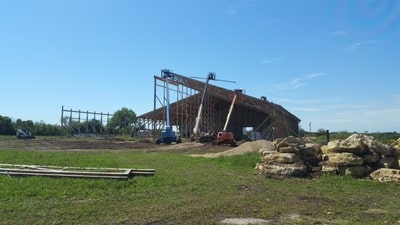 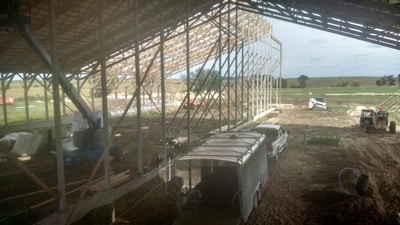 A view from the loft on Wednesday. 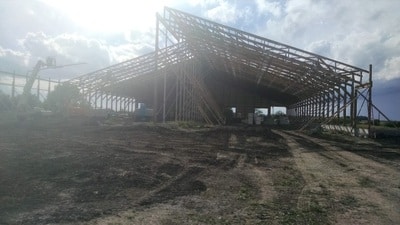 Thursday’s view from the east
The rest of the Guest House was finished framing and it’s exciting to see it come together, although once again pictures don’t really do it justice!  Now we just have to wait for all the insides to get done – plumbing lines, HVAC ducts, and and electric wires… apparently it can take awhile 🙁  although we’re hopefully it can get done in as timely as a manner as possible to get us moved in soon! 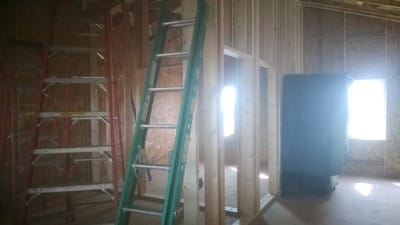 In the loft, looking at doors into a bedroom and a bathroom. 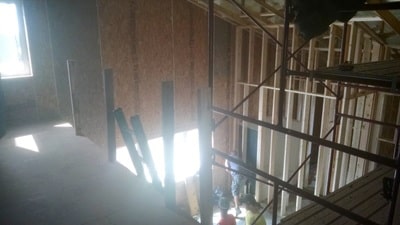 The beginnings of the loft half wall, looking down into the great room. 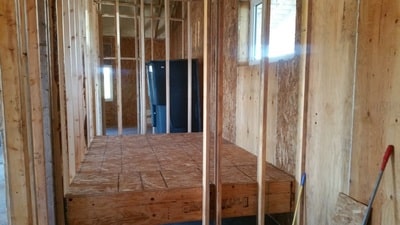 Dan’s raised office floor so he can look out over the cows. 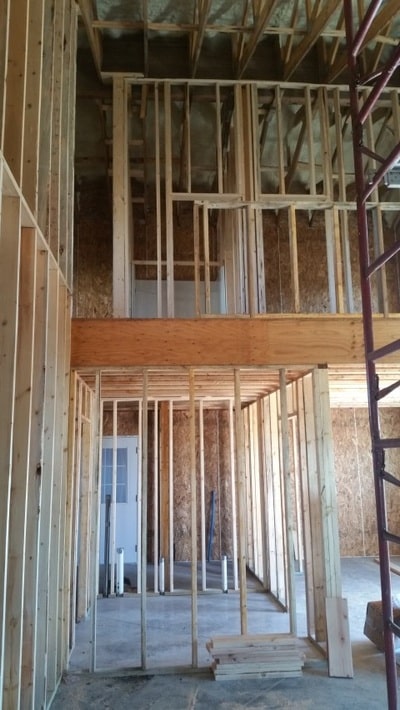 Looking up the future staircase. 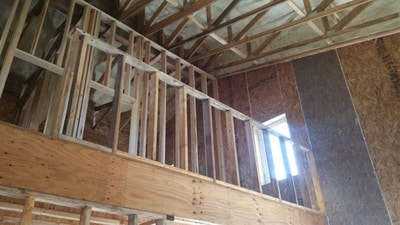 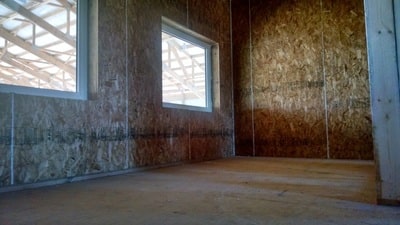 The two big loft windows that look out into the barn!
We got GREAT news to start out the week at Dan’s appointment with Dr. Lantz (who we love and would totally recommend!).  Dan’s free to start working again, slowly and he’s not suppose to over do it, and although he hasn’t gone back to milking or calf chores yet, he’s been working ever since because….

our busiest week of the year, typically, on the farm started on Thursday.  We started chopping corn silage, which once again probably needs it’s own post but that will have to come later I guess.  Since we’re increasing the number of cows we’ll have to feed we need to harvest and chop up even more this year than ever before, which also means more work!

So even though Dan is out of his boot, I’m still doing calf chores and since Dan is working helping to chop silage the kids come with me.  So far we’ve mostly had fun but it’s a wee-bit more challenging to say the least!  When I’m finally done with this round of almost continuous calf chores I’ll be doing a post on my reflections on caring for calves – be watching! 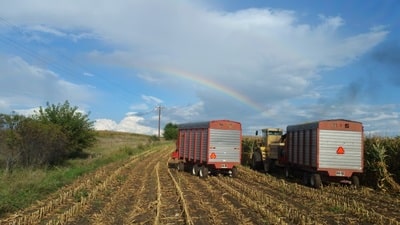 The kids & I saw this same rainbow while feeding calves. 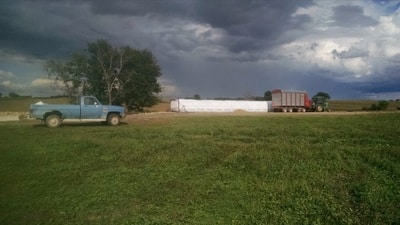 Getting started – the chopped corn silage goes in those big long bags to help keep it fresh all year long!
Here’s to hoping that I’m surprised at how much gets done this week!  See ya!