Since it’s Labor Day weekend and no one worked at the site today I feel like I’m still getting last weeks review in before the next week begins.  Even more so because Dan & I got away to the Iowa State Cyclone football game on Saturday and stayed over in Ames into Sunday, making it an extra special and long weekend!  On a side note I made some great connections with some other farm women who are also blogging about their farm life – so be looking for me to mention them from time to time to broaden your perspective (I know mine was just talking with them about their farms – Turkeys, Hogs, Sweet Peas, and more!).

On the barn side of things almost all the trusses on the north side are now set!  Hopefully by the end of the week both north & south will be up! 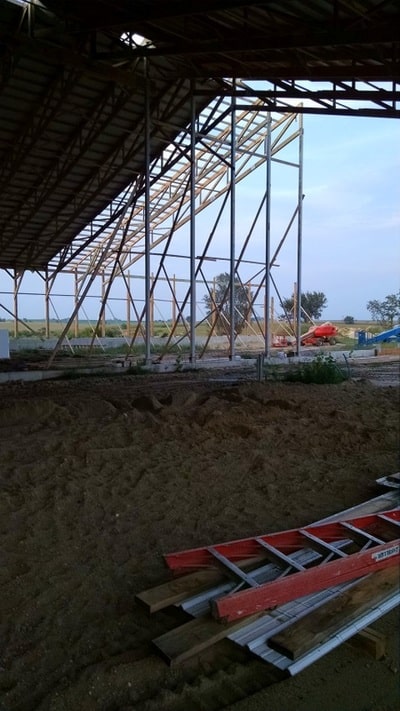 Progress at the end of Tuesday 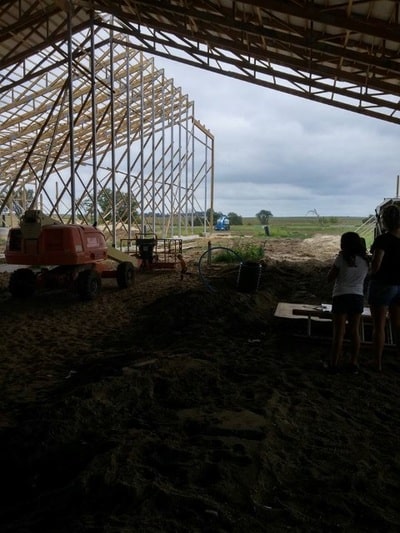 The end of the week 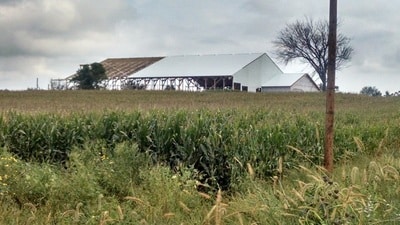 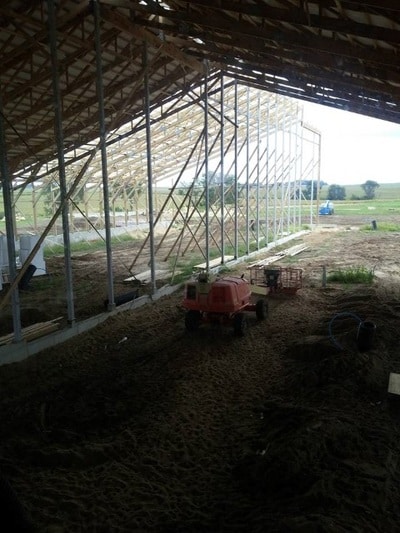 A view down into the barn from the Guest House windows.
More poly board went up on the walls & ceiling the beginning of the week in the milk house as well as the beginning of plumbing.  As soon an electrical piece arrives we’ve have both electricity & water! 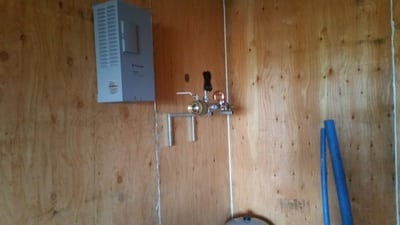 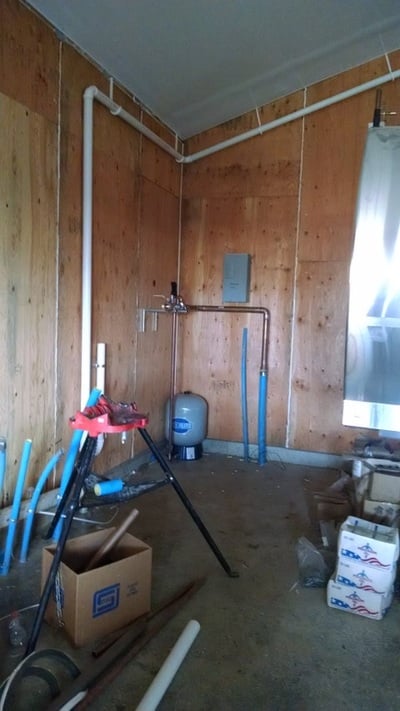 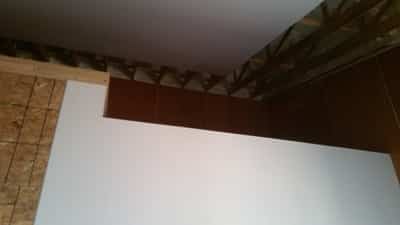 The Guest House began to literally take shape – into rooms!  We’re two days into framing and you can really begin to get a feel for it.  Pictures have a hard time really doing it justice  but it’s super fun! 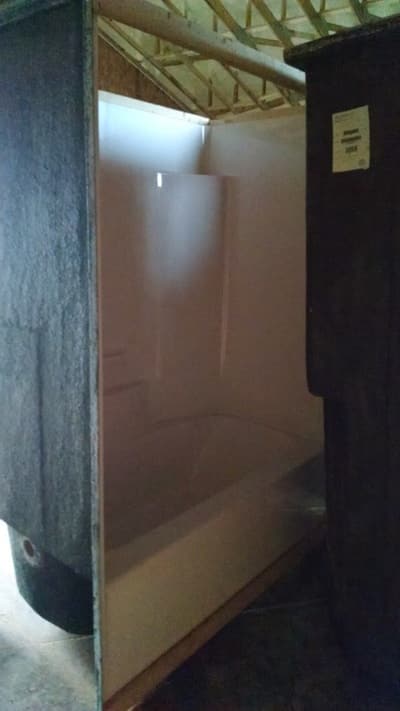 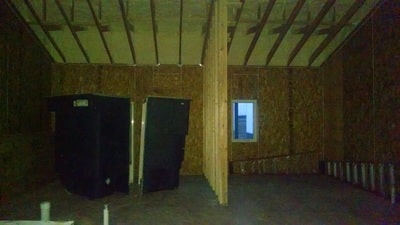 The wall between the bedrooms 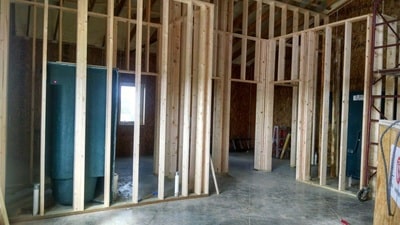 in the Great Room looking toward the bedrooms. 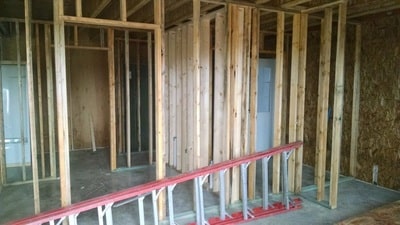 Left: Door into laundry; to the right the kitchen; standing in the front door. 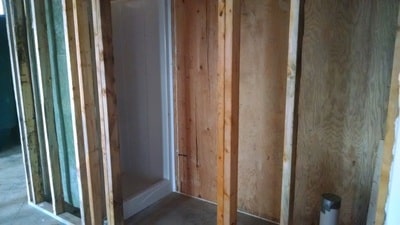 Coming in from the milk house – Dan’s shower & toilet. 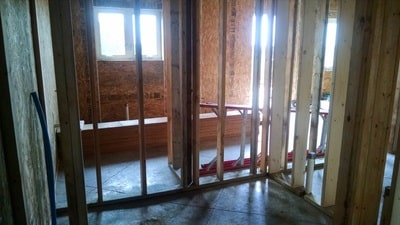 Coming in from the milk house looking through the utility room into the kitchen.
We have some amazing views & pictures of the barn this week too!  Dan’s dad Dave climbed the silo to get it ready for harvest & filling it with corn silage for the cows to eat.  While at the top he took pictures all around including reaching around the silo for a view of New Day Dairy….

And then on Sunday evening during chores God gave us rainbow right over the barn.  A similar thing happened a few years ago and I’ve been using the picture I took then as my header picture on Facebook and the website but now I’ve replaced it with a picture that includes the barn!  Both Dave & I took pictures of the rainbow from different perspectives.

And today we got to have lots of family visit – Dan’s grandparents, both of Dave’s sisters and three of Dan’s cousins & their families.  We love getting to share with anyone but especially family as we know we’re only able to do what we’re doing because so many have worked so hard before us and we’re building on the strong foundation they worked hard to build.  Although we are the only set of cousins that have chosen dairy farming as a career and lifestyle we love that our family is supportive and cheering us on and love to share what we can with them! 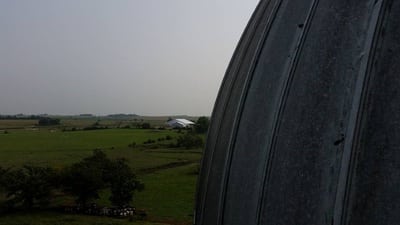 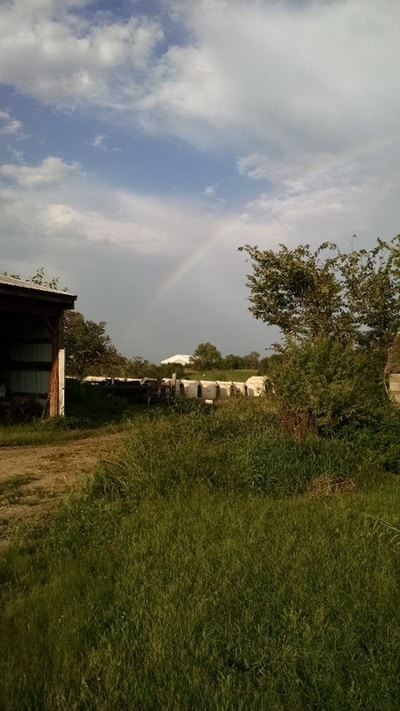 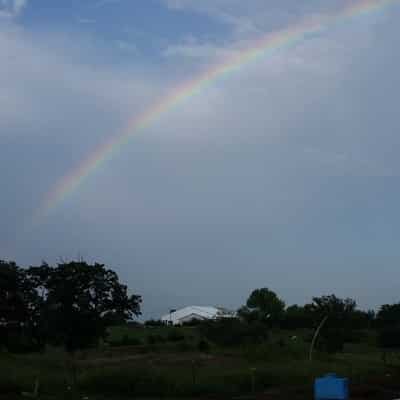 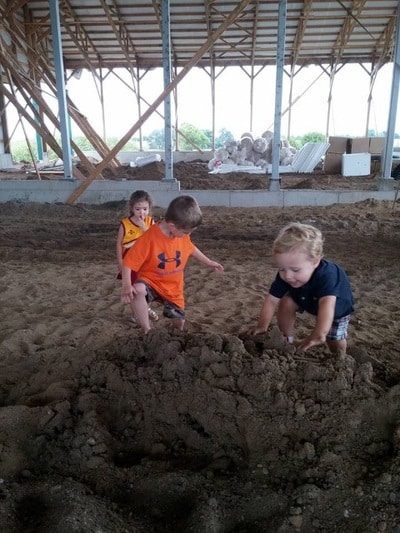 Playing with some of the cousins in the sand piles