I was hoping that I could say this week that I thought we might be halfway through our project but unfortunately we had some setbacks.  If you’re following us at all you probably saw that on Monday morning a storm blew through the area (over 2,000 people saw our post on Facebook – which is record so far!).  Straight line winds around 80 mph toppled over what had already been built of the barn.  It was disheartening to say the least.

But, it could have been so much worse and we’re so thankful for so many things…
– no one got hurt
– we were only a week & a half into building the barn (the walls at least)
– we had insurance, and very helpful and good agents/company!
– clean up went quickly
– great support network and encouragement (thanks for all the comments!)
– hard working, patient construction crew
– we were building again the next day!
– another shipment of material was already suppose to arrive later in the week, bringing needed materials to rebuild

It was a good week to remember our theme verse from Lamentations 3:

The steadfast love of the Lord never ceases;
his mercies never come to an end;
they are new every morning;
great is your faithfulness.

Though we had a minor setback, God is still with us and each new day He gives us is a gift.  And He is faithful through it all, working out good, even when it’s hard to see.  Now on to some pictures of the damage. 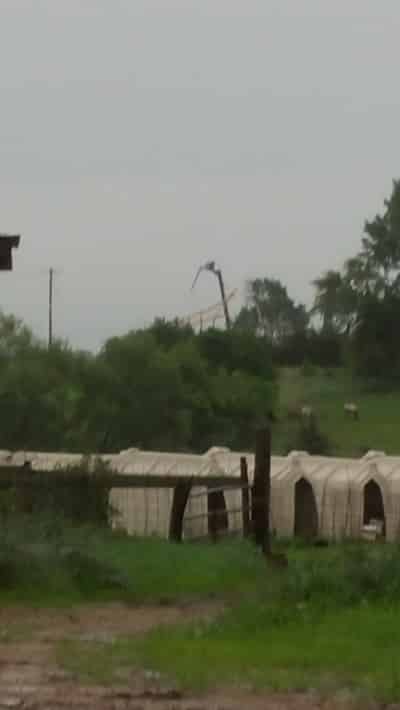 The first view of the damage. 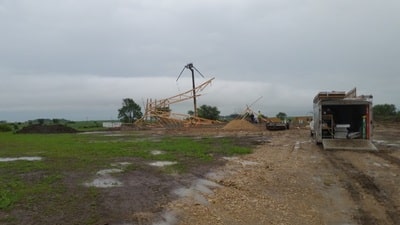 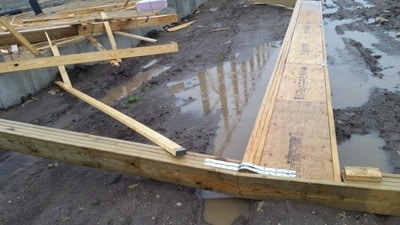 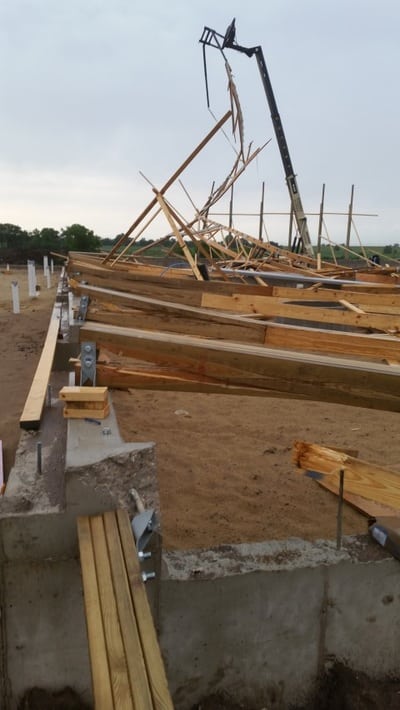 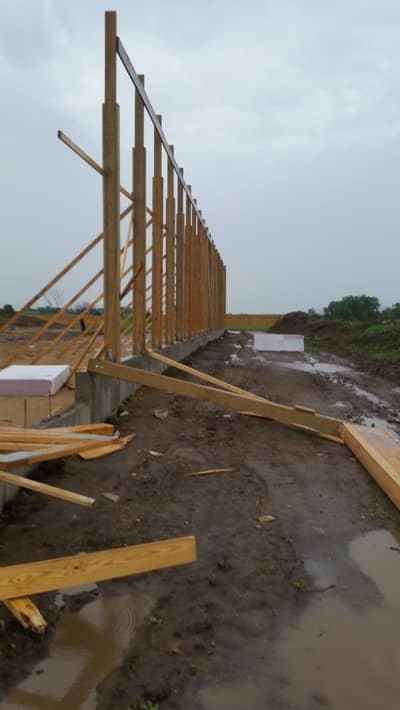 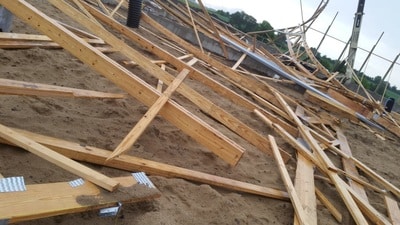 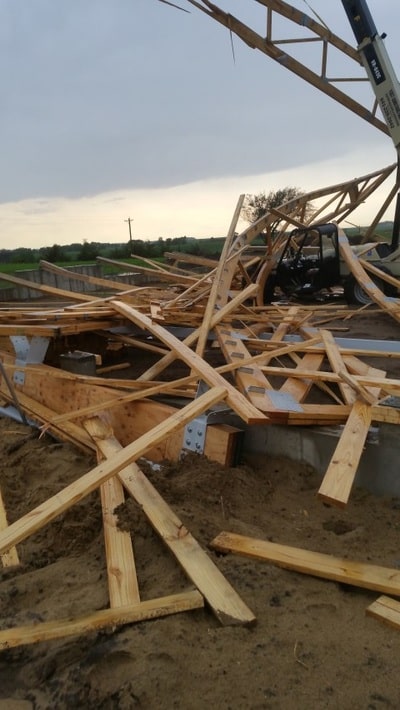 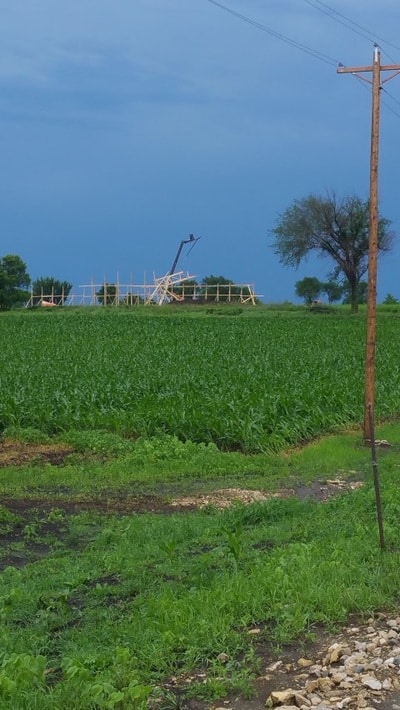 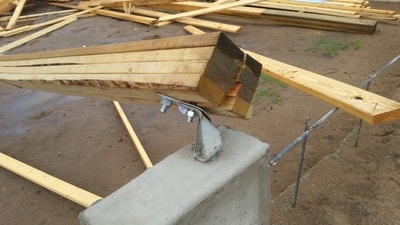 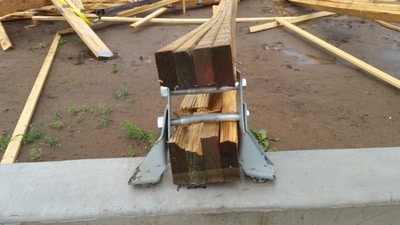 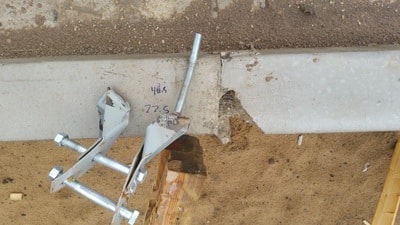 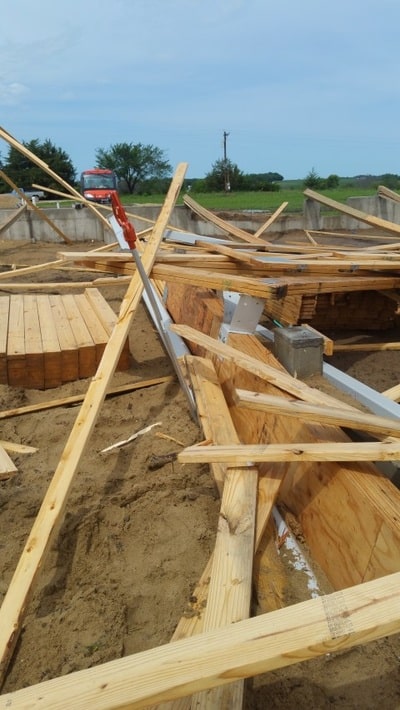 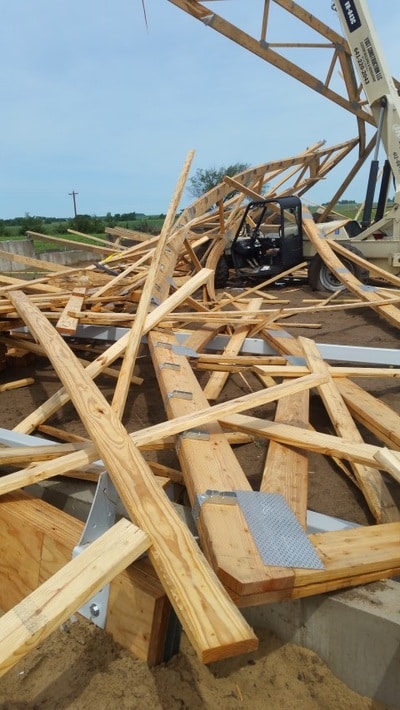 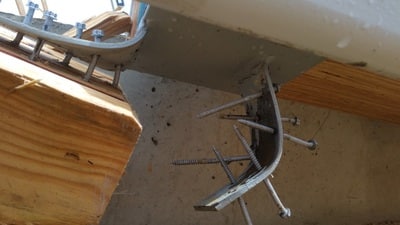 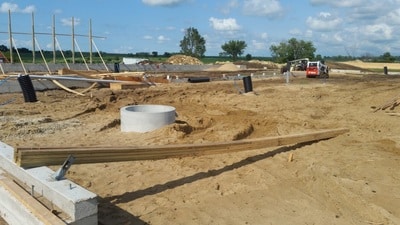 Starting to get things cleaned up. 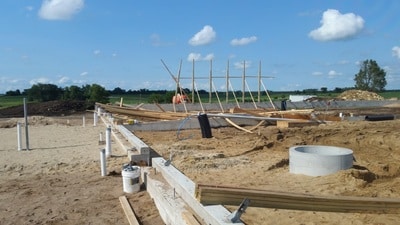 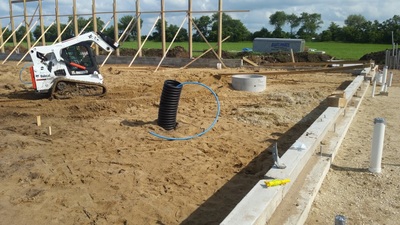 Thankfully clean up went quickly since we hadn’t built much. 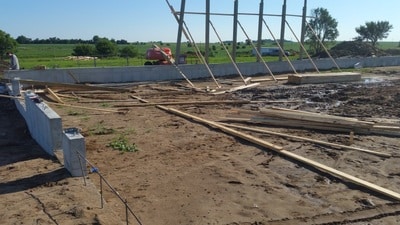 By Tuesday the walls were going up again and by Thursday we had a good re-start. 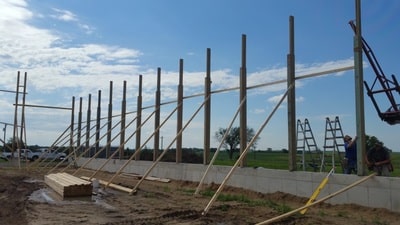 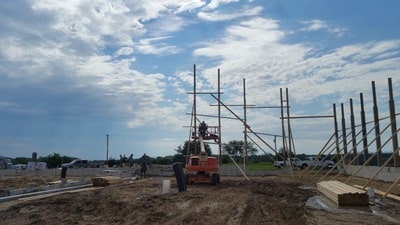 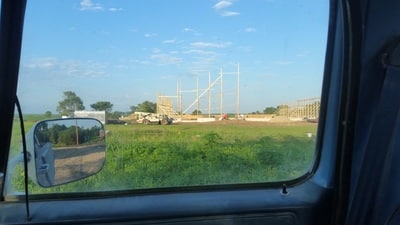 The end of Tuesday 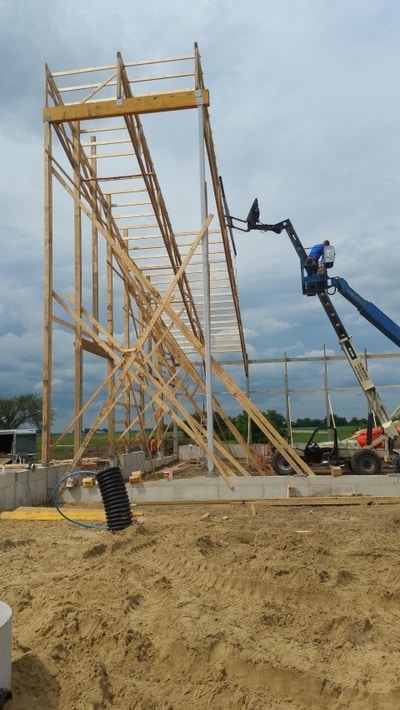 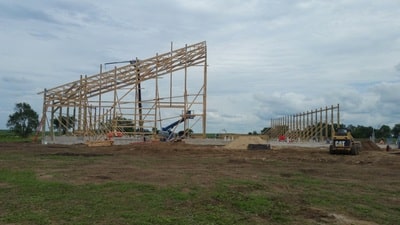 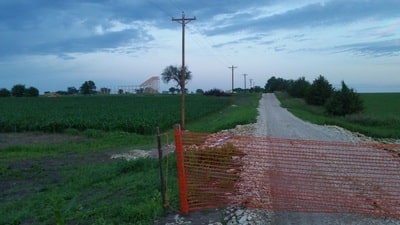 That’s the sweet gate my dad built for us!
The concrete crew kept on working this week too, getting forms off the manure storage wall and having a minor setback in the milk house & guest house area.  But hopefully they got it all fixed and now we just keep on rolling and doing what we can each day. 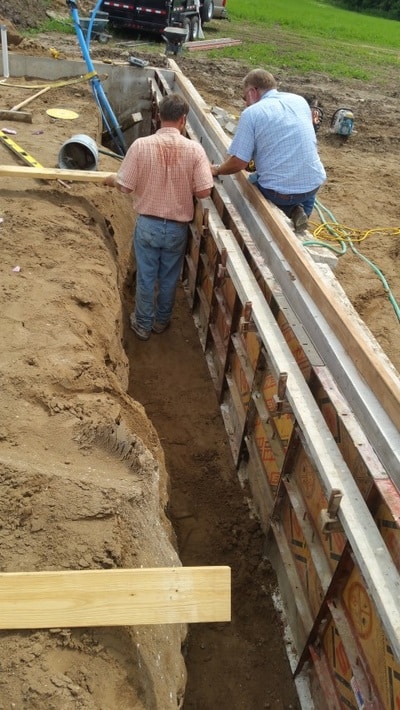 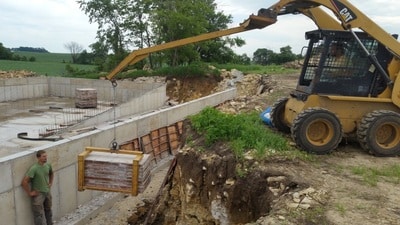 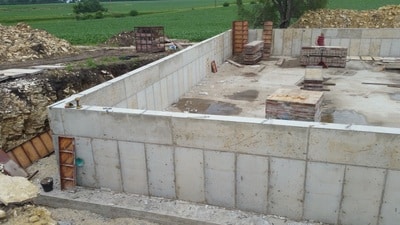 On  a side note, it’s interesting that since we began this project weekends have become more like real weekends.  It use to seem that weekends were busier than the week because Dan still had the same amount of work to do milking, feeding, etc the cows but since it was everyone else’s weekend, we crammed a bunch of other stuff in there too.  Now that we’re building and the crews have the weekend off, it makes it seem like a real weekend because we’re not concerned about what’s happening at the building site and checking in all day.

Unfortunately rain days are frustrating.  Friday was a rain day so not much work got done and then even though Saturday was a beautiful working day, obviously no one showed up because it was the weekend.  There are chances of rain all week long this week, so we’ll see where it develops and how much work we get done.

More materials arrived for the guest house & milk house area, so now we’re really ready for this to go up, but it can only happen as fast as our crews can work and as long as the rain stays away.  Our milking robot is scheduled to arrive this week, even though we’re not quite ready 🙂  And we’re also getting phone & internet dug to our place!

The kids and I did have some dairy fun this week as it was the county fair.  We headed to the dairy show, where they both got to help show a cow and get a ribbon & milkshake!  I’m sure it won’t be our last dairy show!  They both had a blast!  And we had a visit from my brother & his buddy, who were driving through.  They just launched their Kickstarter campaign for a great new game, Luminosity, they designed!  Check it out! 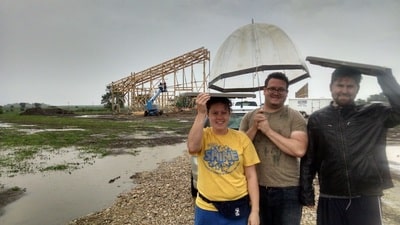 Rainy Friday & yes, I wear a fanny pack for my phone if I’m working & don’t have pockets 🙂 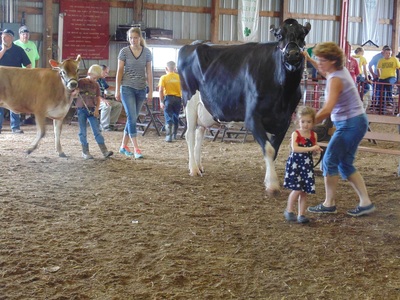 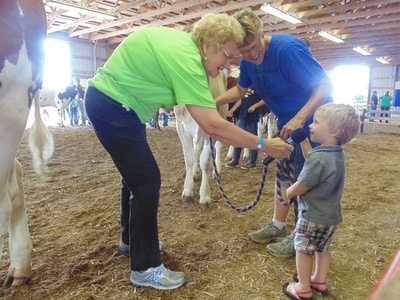