This week was our first major week of building, well really just site preparation, but often the foundation and the more “unseen” and “un-glorified” things are some of the most important.  This week we literally laid the foundation on the path or lane or drive, as you might call it, to our new farmstead.

24 dump truck loads each with 27-28 tons of 3″ bed rock came and dropped it off on our 1/2 mile stretch of “dead road”.  Formerly it was a county road that years ago had been deeded back to us.  In the years since then the cows have used it as a walkway to pasture as well as using it as a great access point to our back fields and pastures.  We’re thankful we have an old road bed that just has to be “resurrected”, which is less work then building a whole new road.  By placing rock on the entire 1/2 mile stretch we’ll be able to have good access to the new farm from both the north and south. 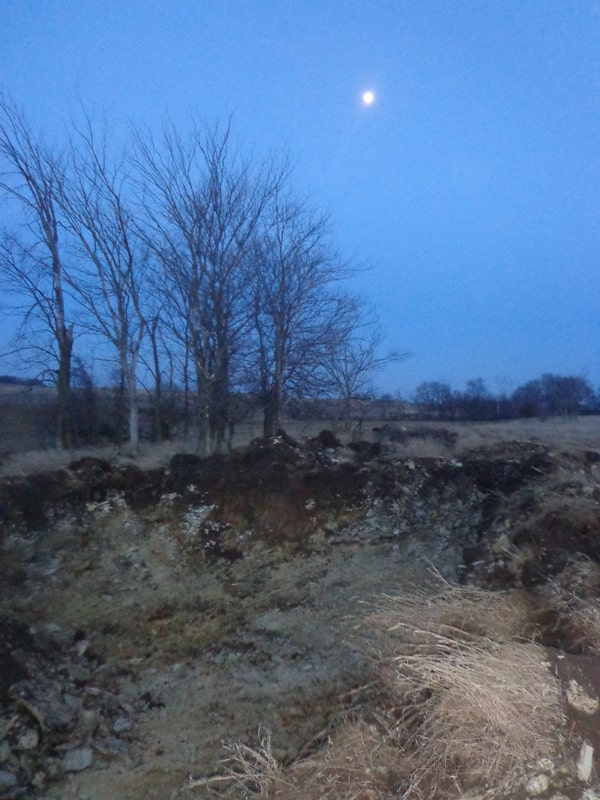 The start of the manure storage… lots of concrete and rebar yet to come!
Dan and his grandpas, Pete & Neil, also worked on taking out the fences along the drive and clearing our some of the brush and trees, which will allow work like putting up electrical poles much easier.  The kids & I spent some time at the current farm this week, both cleaning up our RV to sell as well as helping with calf chores.  The kids loved it and we’re so thankful for the beautiful spring weather that makes it so much easier to visit! 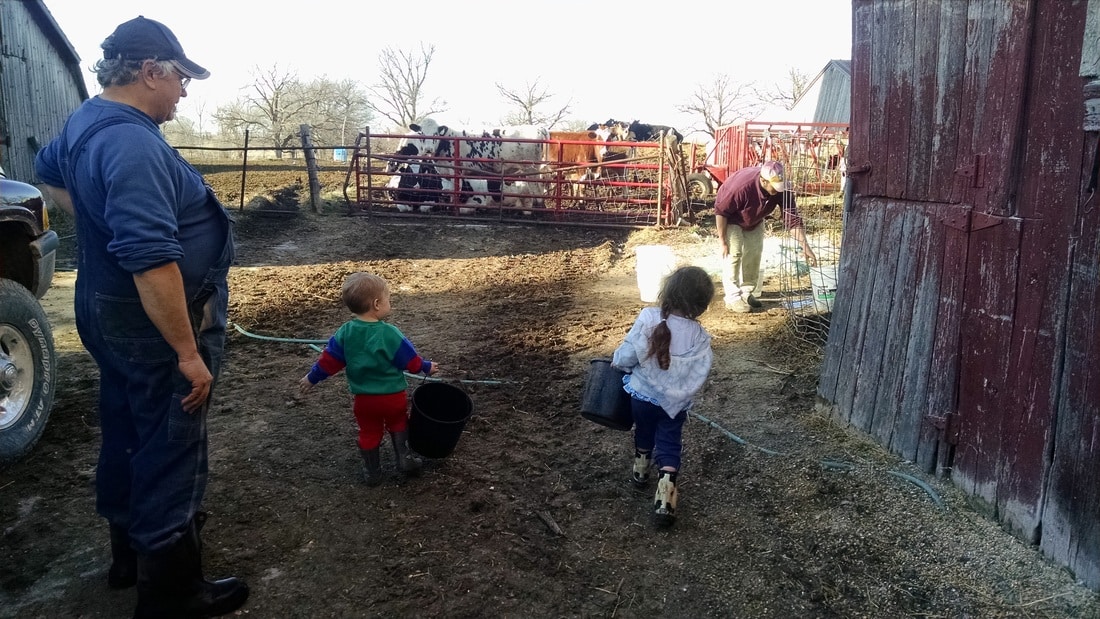 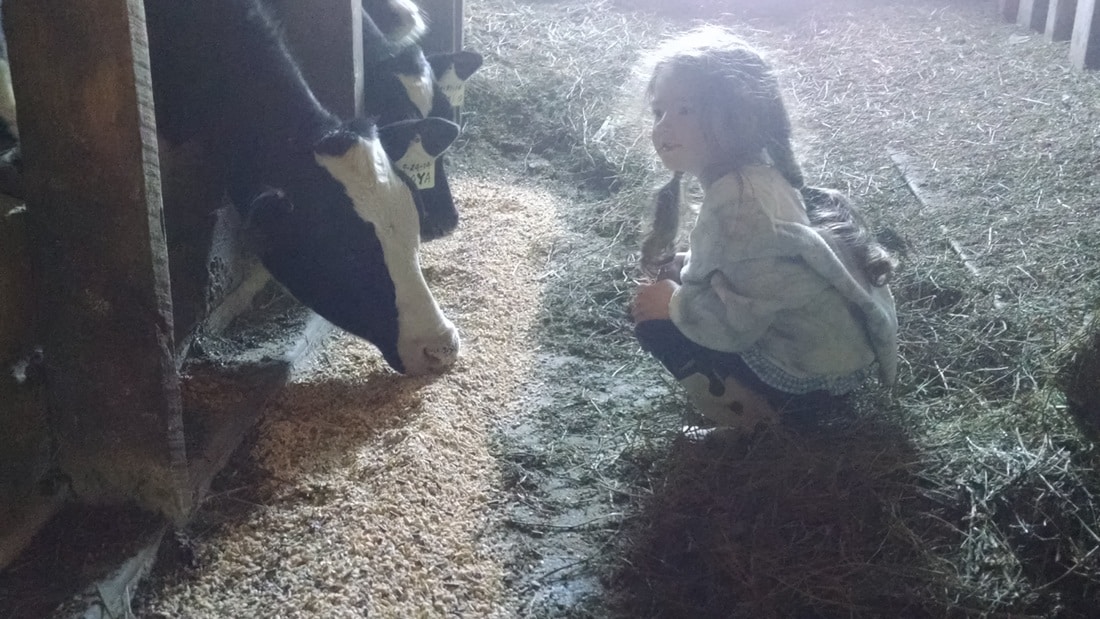 And we continued growing our herd this week in preparation for expanding by having one of our Jersey cows, VCU, have little heifer calf, named Vhaka (named after VCU’s coach Shaka Smart) by Dan’s brother James.  A newborn calf is about the only time you can carry a cow, well some of us probably never could, but thankfully Dan can! 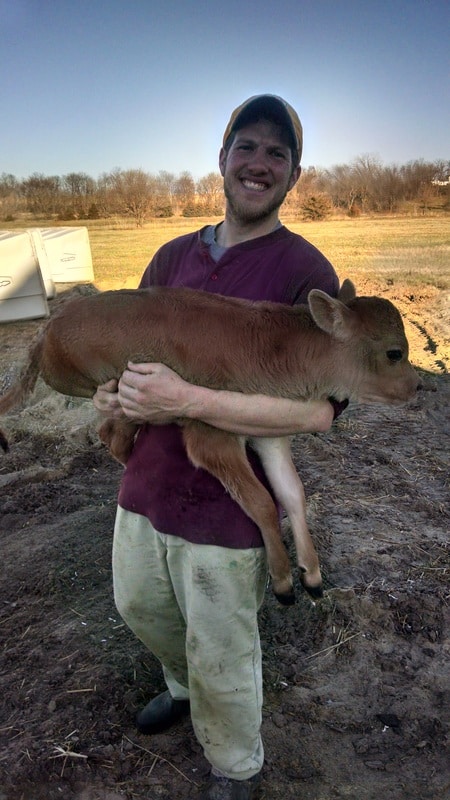